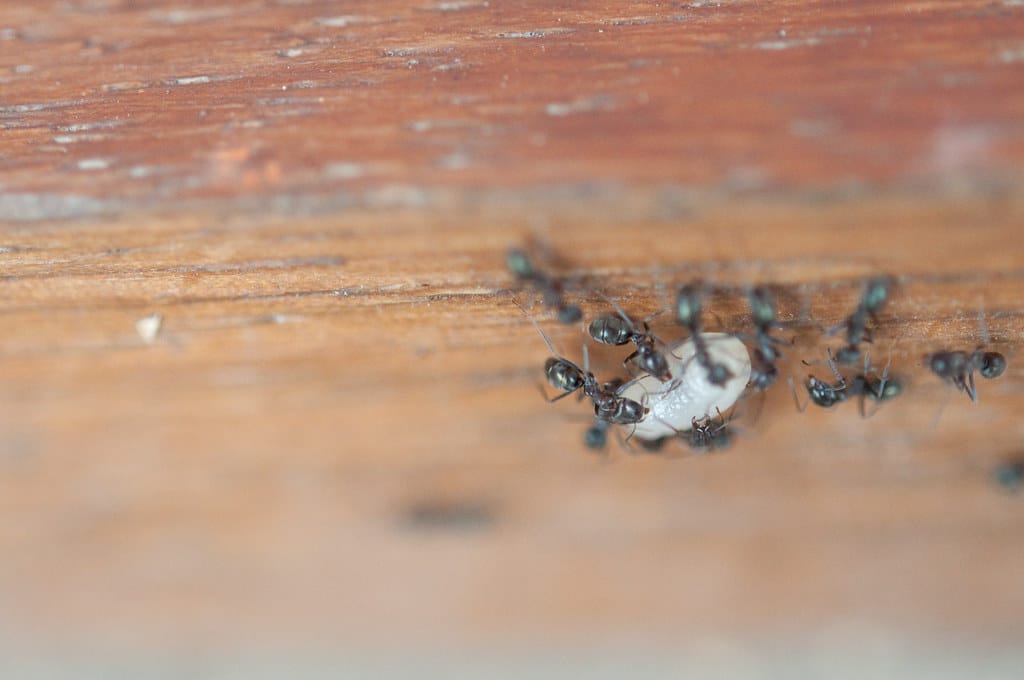 The odorous ant is a small, brown ant measuring about 1/8 inch in length. Odorous ants get their name from a sour coconut odor that they give off when crushed or killed. This can make extermination challenging as we generally are not careful about squishing the bugs we are exterminating.

They are sometimes confused with the Argentine ant, but there are differences. They have one flattened node, not pointed.

For those of you who don’t know, an ant’s node is the piece of the body connecting the thorax (torso) to the abdomen (butt). Their node is not usually visible from above or from the side because it is hidden by the abdomen.

If you ever have questions about the terminology we use here, feel free to get in touch. We try to keep it as basic as possible, but we know the exterminator jargon can be hard to understand sometimes.

The odorous house ant is closely related to the ghost ant but is easily distinguished by size and coloration. Odorous house ants rival Argentine and crazy ants in their persistence in invading buildings. It’s basic biology and habits are similar to those of the Argentine ant. 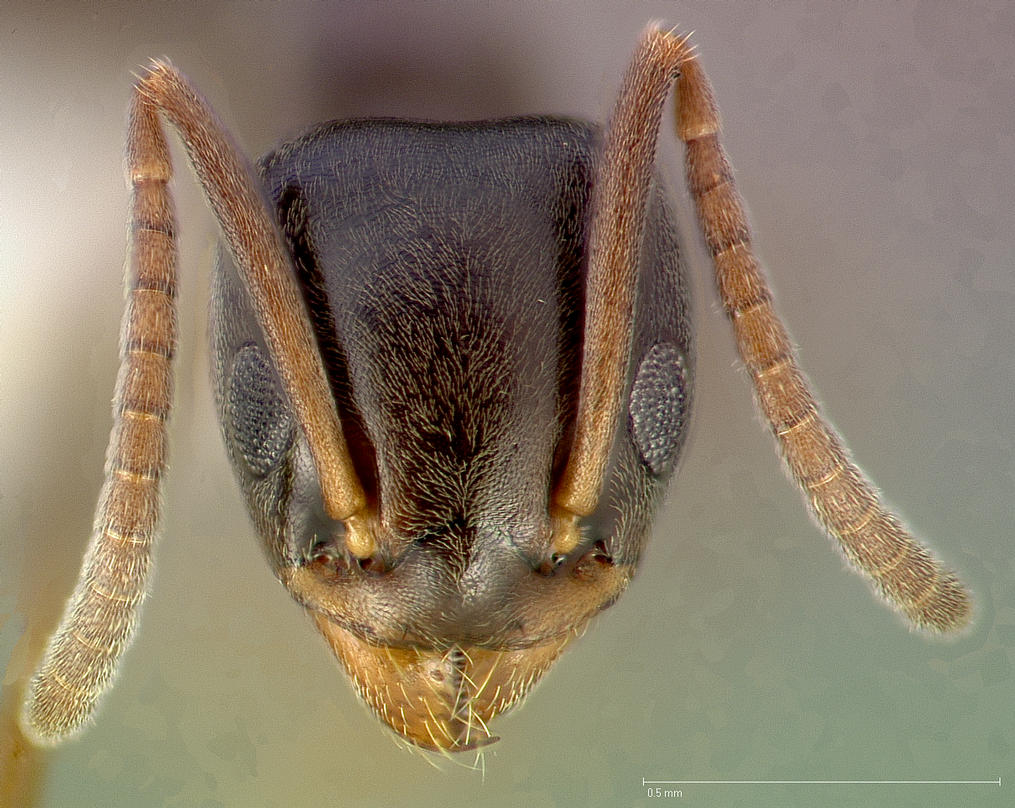 The odorous house ant has antennae segmented into 12 pieces.

The control techniques for odorous ants are similar to that of other invading ant types. One difference is they often have multiple queen colonies and number in the tens of thousands of workers in any given colony. This can mean a pretty serious infestation and a difficult extermination process.

Going after the colonies directly is important if they are on your property. Perimeter control, however, is most important in control of odorous ant infestations.

These ants can have multiple colonies nearby measuring in the tens of thousands of workers each with a complex network of “roads” in -between them. Maintaining a perimeter barrier can be enough to cut off the ants that are inside and get the outside colonies to choose a different target. They choose to join the majority of the colony when forced to decide rather than operate a satellite colony.

You can find these critters in a few different places around your property or business. Here are some of the most common:

Dusting these areas with Borid Dust will provide good control. Outside perimeter treatments with residual sprays such as Termidor, Demon WP or Talstar are especially helpful. Odorous house ants love sweet baits containing sugar and or honey such as the Drax Combo Syringe or Gourmet Liquid Ant Bait.

For additional information or help with your ant problem, please get in touch with Annihilator Exterminators today.