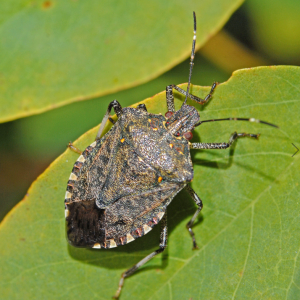 Back in 2010, SILive posted about Stink bugs appearing all across Staten Island in large numbers. Lately, the same seems to have been happening. We have had reports of Staten Island Stink bug infestations in homes, commercial offices, kitchens, & classrooms across the Island, putting people on edge and making them uncomfortable in their own homes.

Why are stink bugs out this late in the year?

Wild up-and-down temperatures can contribute to these bugs rising up at unusual times in the year. When the weather gets cold and then hot again repeatedly, it can fool the insects into thinking that springtime is coming, causing them to come out like they usually would at that time of year, but without their usual predators, causing wild population increases and infestations if you do not safeguard your property.

How stink bugs can cause harm

Stinkbugs won’t bite humans, but they can still cause damage in other ways. They eat tomato plants and other fruits, meaning they can destroy produce at supermarkets and outdoor markets all over the island.

It’s rare for any negative impact to spread to humans, but it’s not something you prefer to be ingesting, that’s for sure.

Be vigilant for their bite marks. They leave minimal damage to the outside of the fruit, usually in the form of scars and depressions. The food often seems good enough to eat. Although it seems minimal at first, insects (these included) can carry disease and viruses that they spread to the plant.

How to find them in the home

Stink bugs tend to congregate in sunny and warm areas of the home. They usually come in in spring. They also have a telltale odor that you will recognize when they are in high numbers. In your garden, you will notice damage to vegetables and fruits, especially tomatoes.

How to get rid of stink bugs

In large numbers, stink bugs are difficult to eliminate. Contacting a professional pest control company is your best bet. You can get in touch with us for more information and an estimate on the help you need and what it entails.

I have been a client of Scott's for many years and I have also recommended him to some of my friends.... Scotts follow-up is impeccable ....he's very thorough and honest ....you cannot get any better than that..   I think the best quality that
Mary R
Read More
NYSDEC Business Lic. No. 13915 NJ DEP 99201A
You Got Bugs?
Not For Long!